While I echo the comments in the President’s Page about the articles in this edition of the DCJ, I do so, unlike Amy, from my desk in downtown Newark, New Jersey. Despite that New Jersey is named for the English Channel Island of Jersey, in honor of Sir George Carteret (one of the two men to whom the land was originally given), and that Newark’s name comes from an original settler, Abraham Pierson, who had previously been a preacher in England’s Newark-on-Trent, and adopted the name, I would, to paraphrase W.C. Field’s fictional epitaph cited in a 1925 edition of Vanity Fair magazine, “rather be in London.” Having gotten that off my chest, we do indeed have three tremendous articles to begin the IADC’s centennial year. Robert Simpson and Caycee Hampton have authored an excellent and helpful piece that confronts a difficult and significant evidence issue that faces many of us who handle medical device litigation-the admissibility of 510(k) evidence at trial. Joseph Stroble and Laura Welikson thoroughly examine third-party litigation and offer perspective that is invaluable to those who seek disclosure of such arrangements. And finally, Erik Gerstner examines the fascinating and futuristic topic of face-swapping and its privacy implications through the vehicle of the Nicolas Cage movie Face/Off. These articles reflect the talent, breadth of knowledge, and practical skills of the members of our organization. 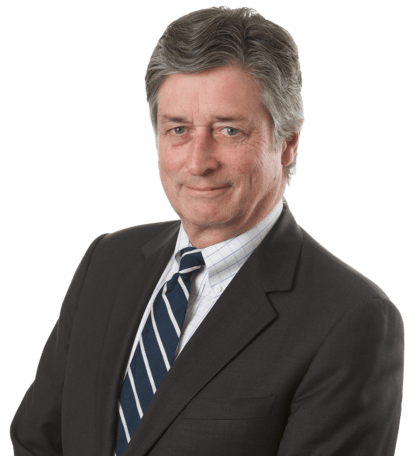