For CRISPR Patents, the Ugliest Phase May Be Still to Come

It’s 2028. One of the world’s leading genome-editing companies is crowing about receiving regulatory approval for a lifesaving therapy for Duchenne muscular dystrophy, based on the genome-editing technology CRISPR-Cas9. But its celebration is cut short: A rival files a lawsuit arguing that the therapy infringes on a CRISPR patent that the rival has exclusive rights to. The next day, a judge issues an injunction ordering the company to stop selling the $1 million therapy. As the weeks pass, headlines around the world show crippled boys, who had been scheduled to receive the genetic cure, crying tears of despair. Patient groups launch a website showing how many children have died since the injunction and picket the headquarters of the litigious company, carrying mock tombstones with the names of the dead boys.

It’s 2028. One of the world’s leading genome-editing companies is crowing about receiving regulatory approval for a lifesaving therapy for Duchenne muscular dystrophy. But its rivals are also celebrating. Under the terms of an agreement reached in 2018, companies, universities, and other institutions that made overlapping genome-editing discoveries will share in the revenues from therapies each of the others developed.

Either scenario could become reality after the latest twist in the CRISPR patent fight. Last week, a federal appeals court ruled that foundational CRISPR-Cas9 patents awarded to the Broad Institute described a significantly different invention than does a patent application (in limbo since 2012) from the University of California. As a result, the Broad’s patents do not “interfere” with the one UC applied for. That allowed the Broad to keep its valuable intellectual property and left UC’s CRISPR hanging by a thread. The chances that UC can persuade the full appeals court to re-hear its case for interference, let alone get the Supreme Court to, are next to nil. If not that, what comes next?

“Absent some sort of business deal, such as cross-licensing, there could be more litigation by these parties or others,” said patent attorney Erik Paul Belt of the law firm McCarter and English.

Worst case: A CRISPR company believes a rival’s product uses CRISPR technology that it hasn’t the right to, and sues. That can happen as soon as a company files an application with the Food and Drug Administration to launch a clinical trial, said attorney Belt: “Once there’s an IND [investigational new drug application], it’s infringement as a matter of law.” Safe harbor provisions allow rival companies to conduct research leading to drug development without being liable for infringement, said attorney Marcie Clarke of McCarter, but that protection ends once there’s a product ready for human testing.

Typically, Belt said, the licensee — one of the CRISPR companies — “takes the lead in an infringement suit.” But the patent owner, UC or the Broad, would have to agree to be a party to the lawsuit. “If there isn’t a commercial product yet, an infringement lawsuit typically seeks to stop the other party from making the product,” he said. Alternatively, they could wait until there is a product and then sue to stop its sale, as a way to extract payment.

Click to read full article: “For CRISPR Patents, the Ugliest Phase May Be Still to Come” (Subscription required) 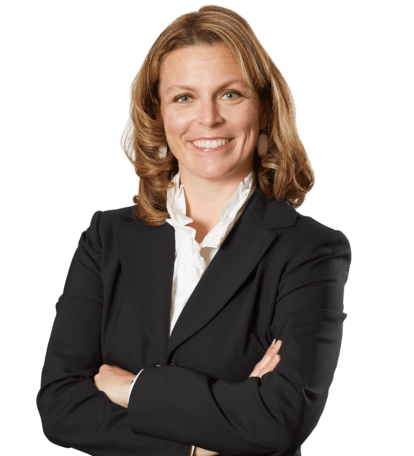