Continuing a trend that began in 2006 with the Supreme Court’s decision in eBay Inc. v. MercExchange, L.L.C., the U.S. Court of Appeals for the Third Circuit has ended the practice of presuming irreparable harm in Lanham Act cases. Parties requesting a preliminary injunction in such cases will be held to the traditional four-part test, which includes proof that irreparable harm is likely.

Why does this matter?

The case Ferring Pharmaceuticals, Inc. v. Watson Pharmaceuticals, Inc., makes clear that district courts in the Third Circuit – and elsewhere around the country – will not give a Lanham Act plaintiff “the nod” when it comes to irreparable harm, no matter how strong the merits of the underlying claim. Thus, Lanham Act plaintiffs  (as well as patent and copyright plaintiffs) must provide declarations and testimony demonstrating a likely diversion of customers, lost sales, erosion of market share, price erosion, loss of goodwill, damage to reputation and a difficulty of measuring these harms. If premised on presumptions or possibilities, the application for preliminary injunction will fail.

The dispute in Ferring involved advertising statements, certain of which were admittedly false, made in the promotion of progesterone supplements administered to women undergoing fertility treatments. In 2012, a consultant for Watson delivered two webcast presentations promoting Watson’s product to healthcare professionals. The presentations contained three allegedly inaccurate statements about Ferring’s drug:  that it included a “black box” warning, suggesting that it carried a significant risk of death or severe side effects to women over 35; that a survey of women had compared the two drugs and found Watson’s drug more convenient to use; and that clinical trials demonstrated that Ferring’s drug was ineffective for women over 35. The evidence that the statements were untrue was strong, if not certain, insofar as Watson acknowledged that one of the statements was false, and Watson’s consultant certified to the district court that he would not repeat any of the statements in the future.

The district court found, and the Third Circuit agreed, that Ferring was not entitled to a preliminary injunction, because (i) there was no evidence that consumers would have continued access to the webcasts containing false statements; and (ii) the consultant who made the statements promised not to repeat them. Accordingly, even though Ferring had established a strong likelihood of proving a Lanham Act violation at trial, it had not established a likelihood of irreparable harm if the extraordinary remedy of a preliminary injunction were denied.

Ferring appealed, arguing that it was entitled to a presumption of irreparable harm because it had proven that Watson had engaged in false advertising. Although the Supreme Court, in its 2006 eBay decision, put an end to the presumption of irreparable harm in patent cases, Ferring argued that false advertising cases were different because unlike in patent cases, the Lanham Act protected intangible rights – not property rights. Moreover, Ferring argued, unlike in patent and copyright cases where damages are measurable based upon lost sales, Lanham Act cases involve injury to goodwill and reputation – harms that are inherently difficult to quantify in dollars and cents. Ferring further argued that the presumptive entitlement to an injunction was appropriate because the law of false advertising served a strong public interest in promoting accuracy in the marketplace.

The Third Circuit rejected Ferring’s arguments. The court found that injunctive relief in false advertising cases is premised on the same equitable principles as injunctive relief in all other cases, and thus the principles articulated by the United States Supreme Court in eBay, and extended by the Supreme Court in 2008 in Winter v. Natural Resources Defense Council, Inc., apply. Not only must irreparable harm be proven, but the requirement will not be relaxed, even where a likelihood of success on the merits is strong. Thus, the Third Circuit rejected its prior practice of presuming irreparable harm in trademark cases where a likelihood of success was demonstrated, and it followed the trend of cases, decided by the Federal, Second and Ninth Circuits, extending eBay and jettisoning any prior presumption of irreparable harm in copyright and other matters. In addition, while some commentators had drawn a distinction between trademark infringement and false advertising cases, suggesting that the presumption of irreparable harm should at least remain when a party is passing off goods using a competitor’s trademark, the Third Circuit declined to draw such a distinction. Proof of likely irreparable harm is required. 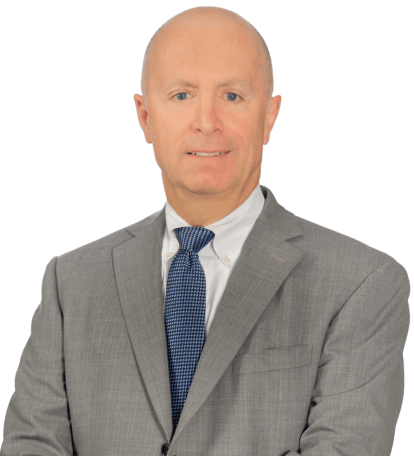