In the event that you missed it, on June 16, 2016, Delaware Governor Jack Markell signed House Bill 371 into law, thereby amending the Delaware General Corporation Law (the “DGCL”) in numerous significant respects.  Also, on June 22, 2016, Governor Markell signed House Bill 372 into law, which amended the Delaware Limited Liability Company Act (the “LLC Act”).  The amendments to the DGCL and the LLC Act as more fully described below will go into effect on or apply to mergers and transactions entered into on, or after, August 1, 2016.

2016 Amendments to the DGCL

Jurisdiction of the Court of Chancery under Section 111(a)

Section 111(a) of the DGCL generally governs the Court of Chancery’s subject matter jurisdiction over civil actions regarding the interpretation, application, enforceability or validity of any “corporate instruments and provisions of” the DGCL, including, inter alia, the certificate of incorporation, bylaws, etc.  8 Del. C. § 111.  Effective August 1, 2016, the 2016 Amendments to Section 111(a) (2) expand the Court’s subject matter jurisdiction specifically to hear and decide civil actions relating to “any instrument document or agreement … (ii) to which a corporation and 1 or more holders of its stock are parties, and pursuant to which any such holder or holders sell or offer to sell any of such stock, or (iii) by which a corporation agrees to sell, lease or exchange any of its property or assets, and which by its terms provides that 1 or more holders of its stock approve of or consent to such sale, lease or exchange.”  This amendment will expand the Court of Chancery’s subject matter jurisdiction, inter alia, to hear disputes regarding stock purchase agreements and asset purchase agreements regardless of the remedy requested.

Additional Minimum Conditions – The 2016 Amendments to Section 251(h)(2) also clarify that the tender or exchange offer may “be conditioned on the tender of a minimum number or percentage of shares of stock” of the target corporation “or of any class or series thereof” and that the minimum number or percentage may be effected through separate offers.

Rollover Stock – The 2016 Amendments to Section 251(h)(3) allow the buyers to include (1) “rollover” stock and (2) shares of the target corporation’s stock held in treasury, or by any direct or indirect subsidiary of the target corporation of the buyer to determine whether the minimum number or percentage of shares of stock has been met through the tender or exchange offer.  “Rollover stock” is defined in amended Section 251(h)(6)(g) as “any shares of stock of such constituent corporation that are the subject of a written agreement requiring such shares to be transferred, contributed or delivered to the consummating corporation or any of its affiliates in exchange for stock or other equity interests in such consummating corporation or an affiliate thereof … .”

Appraisal Rights and Proceedings under Section 262

The 2016 Amendments to the DGCL also include two significant alterations to stockholders’ appraisal rights under Section 262.  First, the amendments limit de minimis appraisal actions in certain transactions involving public companies.  Second, the amendments provide the surviving corporation with the option to limit the accrual of interest during the pendency of the appraisal litigation.

De Minimis Exception – The 2016 Amendments to Section 262(g) mandate that the Court of Chancery shall dismiss any appraisal proceedings in connection with the merger or consolidation of any corporation whose stock, or any class or series of stock, was listed on a national securities exchange immediately before that merger or consolidation as to all holders of such shares of the constituent corporation who would otherwise be entitled to appraisal unless “(1) the total number of shares entitled to appraisal exceeds 1% of the outstanding shares of the class or series eligible for appraisal, (2) the value of the consideration provided in the merger or consolidation for such total number of shares exceeds $1 million, or (3) the merger was approved pursuant to § 253 or  § 267 of this title,” i.e., short-form mergers.  According to the bill’s synopsis, the reason for the de minimis exception to appraisal rights is to reduce the risk that appraisal proceedings where the share value is minimal will be used as settlement leverage, considering the litigation costs involved with appraisal proceedings.  Additionally, the synopsis explains that the de minimis exception does not apply in short-form mergers because in such cases “appraisal may be the only remedy” available to stockholders.

Tender or Payment – The 2016 Amendments to Section 262(h) provide the surviving corporation with the ability to prepay any stockholders entitled to appraisal and thus avoid the accrual of interest during the pendency of the appraisal proceeding.  Specifically the 2016 Amendments to Section 260(h) state that “[a]t any time before the entry of judgment in the [appraisal] proceedings, the surviving corporation may pay to each stockholder entitled to appraisal an amount in cash, in which case interest shall accrue thereafter as provided herein only upon the sum of (1) the difference, if any, between the amount so paid and the fair value of the shares as determined by the Court, and (2) interest theretofore accrued, unless paid at that time.”  The purpose of this amendment is an attempt to discourage the practice of “appraisal arbitrage.”

Stock Certificates under Section 158 – The 2016 Amendments to Section 158 provide that any two officers of the corporation who are authorized to do so may execute stock certificates on behalf of the corporation.  The synopsis clarifies that the amendment to Section 158 “is not intended to change the existing law that the signatures on a stock certificate may be the signatures of the same person, so long as each signature is made in a separate officer capacity of such person.”

2016 Amendments to the LLC Act

There were a number of amendments to the Delaware LLC Act in 2016, including amendments to (1) eliminate the default rule requiring approval or consent to be in writing; (2) provide for the voluntary assignment by a sole member of all of the Delaware LLC interests to a single assignee; (3) provide for service of process on a series of a Delaware LLC; and (4) clarify that a series, or a limited liability company on behalf of a series, is not restricted from agreeing to be liable for any or all of the debts, liabilities, obligations or expenses incurred, contracted for or otherwise existing with respect to the limited liability company generally or any other series thereof.

Elimination of Default Rules Requiring Approval or Consent in Writing

Voluntary Assignment of Delaware LLC Interests to a Single Assignee

The 2016 Amendments to Section 18-704(a) add new subsections that provide that in connection with a voluntary assignment by the sole member of an LLC of all the LLC interests in the LLC to a single assignee, the assignee will be admitted as a member of the LLC unless otherwise provided in connection with the assignment or unless otherwise provided in the limited liability company agreement by specific reference to Section 18-704(a)(3) of the LLC Act.

Service of Process on a Series of a Delaware LLC

The 2016 Amendments to Section 18-105 provide a method for effecting service of legal process upon a series of a limited liability company established pursuant to § 18-215(b) of the Delaware Act.

Clarification that a Series Can Agree to Be Liable for Debts 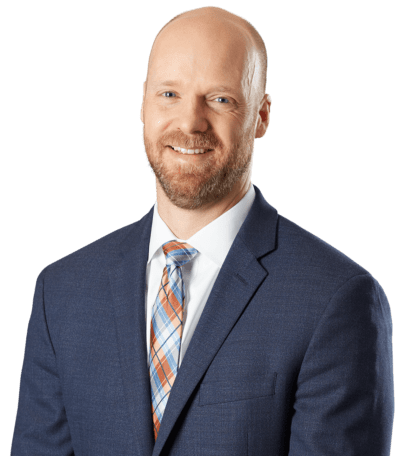