In the wee hours of December 16th, Congress passed H.R. 5771, the Tax Increase Prevention Act of 2014 (“TIPA”), a stopgap measure that, among other things, retroactively extends certain tax incentives that expired on December 31, 2013. President Obama signed the bill into law on December 19th. Of particular relevance for start-up and early-stage enterprises, TIPA reinstates the 100% gain exclusion from the sale of certain qualified small business stock held for more than five years . . . but only for stock which is acquired before January 1, 2015, and which meets other requirements. Congress is expected to continue debate over a longer-term extension for this particular tax incentive in the coming year.

Qualified small business stock (“QSBS”) is defined as capital stock of a domestic C corporation that operates an active business satisfying various requirements set forth in the Internal Revenue Code (the “Code”). The rules are extremely technical and must be reviewed carefully on a case-by-case basis. Of particular importance, the corporation must use at least 80% of its asset value in the active conduct of one or more “qualified trades or businesses” (as defined in the Code), and its “aggregate gross assets” cannot exceed $50 million immediately after the stock is issued. Many companies in the new and emerging technology sector are potentially eligible to issue QSBS.

By 2010, as part of an overall economic stimulus plan put in place in response to the Great Recession and the near collapse of our financial system, the Code’s preexisting exclusion of gains on sales of QSBS held for more than five years had been increased, first from 50% to 75% and then from 75% to 100%, with the applicable percentage depending upon when the stock was acquired. Prior to the enactment of TIPA, the 100% exclusion was scheduled to “sunset” for QSBS acquired after December 31, 2013, meaning that any QSBS acquired during calendar year 2014 or thereafter – if held for the requisite five-year holding period – would have been eligible only for the original exclusion amount of 50%.

Now, however, as a result of TIPA, the sunset date for expiration of the 100% gain exclusion has been extended until December 31, 2014. The lesser gain exclusions (50% and 75%) continue to apply to QSBS acquired during certain time periods, and the percentage exclusion is now scheduled to revert from 100% to 50% for QSBS acquired on and after January 1, 2015.

It is important to note that in all scenarios – whether the exclusion amount is 50%, 75% or 100% – the exclusion is available only for noncorporate taxpayers who hold QSBS for more than five years, and there is a “cap” on the exclusion for each eligible corporation essentially equal to the greater of $10 million or 10 times the basis of the stock sold. In addition, in order to be treated as QSBS, the stock generally must be acquired by the taxpayer at its original issue (directly or through an underwriter); for example, stock purchased from a preexisting shareholder is not eligible. Whether the exclusion will be available for state or local income tax purposes will depend on each jurisdiction’s particular tax laws.

Related provisions of the Code also allow noncorporate taxpayers who acquire and hold QSBS for more than six months to elect to defer realized gain upon the sale of the QSBS by reinvesting the sale proceeds, within 60 days, into new QSBS. The taxpayer’s basis in the new QSBS is reduced by the amount of deferred gain. These deferral provisions were not affected by TIPA.

What Does This Mean?

QSBS tax incentives provide an attractive motivation for (i) investors to acquire stock in qualifying ventures and (ii) entrepreneurs to consider organizing their ventures as C corporations in the first instance. While QSBS tax treatment may be a factor in the initial choice of entity determination, the determination requires weighing a multitude of facts and circumstances (both tax and non-tax). Those of us in the start-up, early-stage and venture capital community are pleased that Congress extended favorable QSBS tax treatment for stock acquired through the end of 2014 and hope that Congress sees fit to extend such treatment into 2015 and beyond. We feel strongly, and there is substantial anecdotal evidence from our emerging growth and venture capital clients, that QSBS tax incentives stimulate the start-up ecosystem by motivating entrepreneurial activity, innovation and investment in early-stage enterprises. 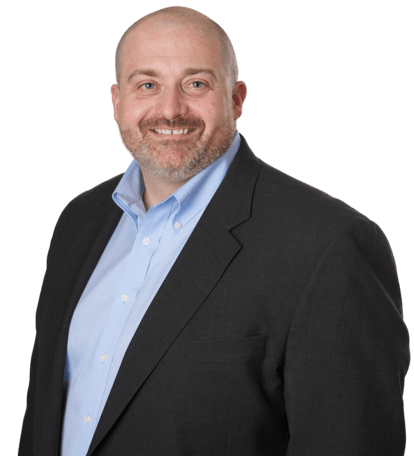