Regulating Your Grocery Cart: The Push for GMO Labeling

If you produce, manufacture, sell, or distribute food products, you may be affected by the various state laws concerning the labeling of certain foods derived from genetically modified organisms (“GMO”). In particular, you should be aware of Vermont’s new GMO labeling law, commonly referred to as Act 120, which could affect you even if you do not reside or directly transact business in Vermont.

There is no doubt that GMO has revolutionized the food industry. For the uninitiated, GMO foods are produced from plants or animals that have been genetically altered in a way that does not occur naturally. This technology is used to plant crops with perceived advantages such as better yields, lower costs and even greater nutritional value. The U.S. leads the world in GMO crop production; approximately 70% of the food in our supermarkets contains GMO ingredients.

Currently, the U.S. Food and Drug Administration (“FDA”) does not require food labels to identify the use of GMO technology. Proponents of GMO labeling laws argue that the science surrounding GMO foods is unsettled and consumers have an absolute right to know what is in the food they eat. Critics contend that, because the FDA has determined that there is no material difference between genetically modified and traditional foods, mandatory labeling laws are unnecessary and misleading because they incorrectly imply that GMO foods pose health and safety risks when there is no evidence that any such risk exists. Regardless of which side is correct, the adoption of some form of GMO labeling requirement seems inevitable given that Massachusetts and at least 23 other states, including New York and New Jersey, are considering their own labeling laws, unwelcome news for an already heavily regulated food industry. Meanwhile, organic food producers in the U.S. are capitalizing on the uncertainty associated with GMO foods by labeling and marketing their products as non-GMO (and charging a hefty premium).

While there is not yet a consensus on their actual impact or how best to market GMO foods, Vermont’s new GMO labeling law has pushed the issue to the forefront and taken the debate to the courts, where a complaint filed on June 13, 2014, by the Grocery Manufacturers Association, Snack Food Association, International Dairy Foods Association, and National Association of Manufacturers seeks to overturn Act 120 as unconstitutional. Connecticut and Maine have enacted GMO labeling laws similar to Act 120, but with trigger clauses preventing the laws from taking effect until at least five other New England states do the same. Vermont’s law has no such clause.

Act 120 applies not only to farmers who use GMO seeds and manufacturers of GMO foods, but also covers entities that (a) sell foods in Vermont under their own brands or labels that were produced by others; (b) license their brands to others for use in processed foods sold in Vermont; (c) sell or distribute foods in Vermont that are packaged under a brand or label owned by another entity;  (d) import foods produced outside the U.S. for sale in Vermont; and (e) produce foods for sale in Vermont without affixing a brand name. The law focuses primarily on packaged foods and fresh produce sold in grocery and other retail stores. Food sold in restaurants, alcoholic beverages and meat and dairy products made from animals that consume genetically modified feed are exempt from the law.

To avoid a potential nightmare scenario in which each state adopts a different GMO labeling law, leaders of the domestic food industry have met with the FDA and lobbied for a uniform, voluntary national program governing the review and labeling of GMO foods. On April 9, 2014, the “Safe and Accurate Food Labeling Act” (HR-4432) was introduced by U.S. Rep. Mike Pompeo (R-KS) with four co-sponsors. The bill as proposed would likely create a voluntary labeling plan similar to the one proposed by the U.S. food industry.

McCarter regularly counsels manufacturers, distributors, importers and sellers of a wide range of food products, food additives, and dietary supplements and has formed an interdisciplinary GMO Labeling team to ensure that you have access to trusted professionals who understand and can advise you about Vermont’s Act 120 and GMO labeling laws proposed in other states. It is critical for the food industry to continue to monitor the issue and stand ready to respond to any sudden changes as the GMO debate continues to evolve.

Debra M. Perry provides regulatory, strategic planning and risk management guidance to manufacturers, distributors, and importers of food, food additives, and dietary supplements; has analyzed the pending federal law and various state laws, including Vermont’s Act 120; and can advise about the statutes’ scope of applicability as well as compliance with its labeling requirements and related enforcement, advertising, and marketing issues. 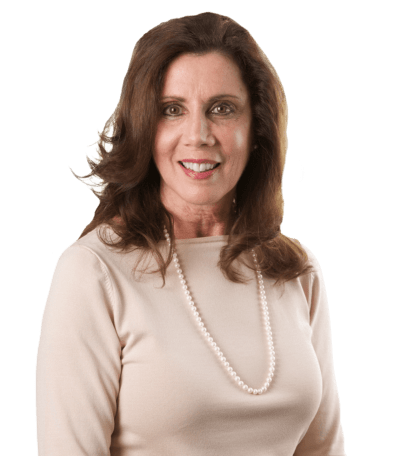