In an opinion penned by Justice Breyer on March 20, 2019, Obduskey v. McCarthy & Holthus LLP, No. 17–1307 (2019), the United States Supreme Court unanimously ruled that law firms acting on behalf of secured parties to foreclose on security interests in nonjudicial proceedings are not “debt collectors” and, thus, are exempt from liability under the Fair Debt Collection Practices Act (“FDCPA”). In what circumstances and to what extent law firms can be liable under the FDCPA are unsettled questions. The Supreme Court answered these questions in at least one circumstance: nonjudicial foreclosures of security interests.

By way of background, Congress passed the FDCPA in the 1970s to protect consumers and curb abusive debt collection practices. The statute covers wide-ranging commercial activities and creates a myriad of potential liability for entities seeking to collect debts. The FDCPA has also created complex questions of law and statutory interpretation that circuit courts have split on. One recurring question is the definition of “debt collector,” for being a debt collector is a threshold requirement to being subject to the FDCPA’s requirements.

The Supreme Court held that a law firm representing a secured lender to nonjudicially foreclose on the borrower’s real property was not a debt collector under the FDCPA. The case stems from a 2015 lawsuit that Dennis Obduskey, a Colorado homeowner, filed after Wells Fargo Bank, N.A., hired the California-based law firm McCarthy & Holthus LLP to initiate nonjudicial foreclosure proceedings on Obduskey’s home. Obduskey alleged that the law firm violated the FDCPA by not ceasing its attempt to collect the debt – via the nonjudicial foreclosure – when he asserted his dispute of the debt.

The District Court in Colorado dismissed the case, holding that the law firm was not a “debt collector” within the meaning of the FDCPA. The Tenth Circuit Court of Appeals affirmed, finding that “the mere act of enforcing a security interest through a non-judicial foreclosure proceeding does not fall under” the FDCPA. The holding was consistent with the Ninth Circuit but split from the Fourth, Fifth and Sixth Circuits.

The Supreme Court’s exclusion of law firms that primarily enforce security interests from the definition of debt collector except under that one specific subsection is narrower than it seems at first blush. The Supreme Court went on to explain that this definitional exclusion applied only in the context of nonjudicial foreclosures. Why? Certainly because the broader question was not before the Court. But also because of the legislative history of the FDCPA. There were two competing versions of the FDCPA – one that defined debt collector as including a business seeking “enforcement of security interests” and another that excluded from the definition any person who enforces a security interest in real or personal property. According to the Supreme Court, Congress compromised and intended to exclude enforcers of nonjudicial security interests from most FDCPA liability. The compromise also avoided a potential conflict of federal law with states’ nonjudicial foreclosure schemes.

Although the opinion clarified one narrow instance, it left open the larger question of FDCPA liability for law firms (and other entities) in judicial enforcement of security interests. Whether judicial or not, the foreclosure and sale of property is used to satisfy a debt. The only salient difference (besides the level of judicial involvement) is that in a nonjudicial foreclosure, a deficiency between the sale price of the collateral and the debt could only be sought in a separate proceeding, whereas judicial foreclosures can include both the disposition of the collateral and monetary judgment for the deficiency between the sale and the debt. Regardless of the uncertainty of the larger questions of the definition of debt collector, FDCPA suits will certainly continue and the lower courts will have to decide the extent of liability for law firms under the FDCPA in other contexts. 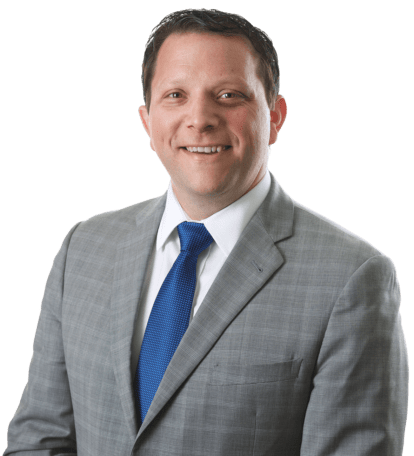