Alexander Hornat is an experienced litigator who focuses his practice on intellectual property and business litigation, including claims of patent and trademark infringement, trade secret misappropriation, breach of contract and business torts. Alex litigates in state courts and federal courts throughout the country, as well as before the Trademark Trial and Appeal Board of the U.S. Patent and Trademark Office. During law school, Alex served as a judicial intern in the chambers of the Honorable William H. Bright, Jr. of Connecticut Superior Court.

Alex received his JD from University of Connecticut School of Law. In law school, he served as Articles Editor of the Connecticut Law Review. 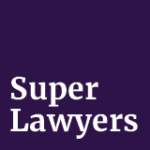