When the Mission Goes Beyond Money: Impact Investors Seek to Back Companies That Deliver a Dollar and a Difference

Johnson: Typically in investing, the investor is seeking to preserve capital and achieve some sort of financial return. In impact investing, there’s an additional factor where the impact investor looks to make what we’ll call a social impact, which is called the mission of the investment. That can be in a number of different areas, including general redevelopment, housing, food, education, energy and preserving the environment.

Johnson: Individuals, foundations and corporations, including financial institutions, sometimes will make impact investments themselves by making an investment in an operating organization, investing the resources into a fund that makes these direct investments. Banks are often interested in impact investing as a means of meeting their regulatory requirements related to the Community Reinvestment Act.

MCC: What kind of an outcome do impact investors typically seek in making their investments?

Johnson: Some of the areas that they work in include redevelopment in urban areas, encouraging and making available housing opportunities, and addressing issues with food insecurity and the availability of quality food in urban areas. In the medical area, I’ve seen impact investors who are interested in making sure that there are better delivery systems in areas where lower income people live. In education, there’s investment in innovation; many impact investors invest in charter schools. In clean energy, I’ve seen investments in the solar area to try to make sure that there’s financing available to encourage solar and clean energy.

Sometimes the investment is made in an organization whose mission is, in fact, consistent with the impact that they’re seeking to achieve. Sometimes the impact is indirect, as in the case of economic development. They will be investing in organizations in depressed areas just for the sake of encouraging economic growth in that area.

MCC: How is impact investing similar to, or different from, what’s commonly referred to as socially responsible investing?

MCC: Are the beneficiaries of impact investments always not-for-profit organizations?

Johnson: It’s not uncommon that they are not-for-profits, but many operating organizations in which impact investments are made are for-profit. The mission of the investment can be imposed by the contractual terms of the investment with the entity. Many impact investors, however, seek a longer-term alignment with the mission. That raises issues for not-for-profit corporations because of their perhaps conflicting duties to shareholders to maximize shareholder value. That’s why the impact investment community is very interested in entities that elect to be public benefit corporations.

MCC: Can you talk more about benefit corporations and how they’re governed?

Johnson: In many states, the general corporate statute has been amended to allow corporations to be formed, or to elect to become, public benefit corporations, which are sometimes called B corps. The terminology can be confusing because, unlike the classification of a corporation under the tax laws as a C corp, an election to be a B corporation has nothing to do with tax issues.

MCC: Are there any B corporations that are highly visible that we may not realize are organized that way?

Johnson: Yes, there are quite a few that we run into frequently in the world of impact investing. One good example is Etsy, the online marketplace, which recently went public and is both a statutory B Corp and a Certified B Corporation. A few other household names include Method Products, Patagonia and Change.org. There are also some law firms, and a whole spectrum of other organizations, that have made that choice.

MCC: What spurred the development of this alternative corporation?

Johnson: There has been a lot of discussion over the years about the degree to which directors of corporations may take into account factors other than maximizing shareholder value. Many corporate statutes expressly allow directors to consider nonshareholder interests. Furthermore, the business judgment rule protected directors in most such cases. However, impact investors and others were looking for a framework that expressly required that the corporation work toward the achievement of a public benefit and provided some process of accountability. The statutes creating B Corps were developed in response to those concerns.

MCC: What does impact investing look like on the financing end? Does it typically involve debt, equity or both? What types of investment instruments are typically used?

Johnson: Impact investing involves both debt and equity. Debt investments in nonprofits that further the mission of the nonprofit are common. Debt investments in other entities are often made to finance projects that involve tax credits, such as new-market tax credits, low-income housing credit and historic tax credits. The impact investor will make a loan that leverages the benefits of those tax credits. To qualify for the tax credits, the projects must provide an appropriate public benefit as required under the tax laws. Other debt investments are made to entities operating in areas in need of redevelopment. Those entities may or may not be mission driven. It is the existence and success of the entities that achieves the goals of the impact investor in the context of redevelopment.

MCC: Do these investments typically provide a lower financial return than other investments?

Johnson: Traditionally, people in the impact investment world have talked about giving up some amount of the return on their investment in return for the pursuit of the investment’s mission. More recently, there has been a big push to come up with some empirical evidence showing that the rates of return on impact investments are comparable to, or maybe even superior to, regular investing. The claim is that by acting in a responsible manner, the targets of such investments derive benefits that translate into a financial return, especially for equity holders. At a recent event I attended, an entrepreneur who spoke said that being a public benefit corporation helped his company attract some of the best employees available, many of whom wanted to work for a company that made more than just a financial difference. A recent study by the Wharton Social Impact Initiative of the University of Pennsylvania concluded that impact investments that seek market rate returns have demonstrated that they can achieve results comparable to market indices.

MCC: Can you tell us a little bit more about how investors are realizing their returns? IPOs are the exception, not the rule, right now. Are these companies being acquired, or are they continuously developing? Does the B corporation status hurt their opportunity to be acquired?

MCC: Do you see this as a sustainable approach? What does the future hold for impact investing?

Johnson: I do believe that it is sustainable. There’s a lot of interest in the area – it has grown substantially over the past few years – and there are going to be a lot of sources of investment. Any company that potentially is pursuing a business line that reflects a mission that the impact investors are interested in should certainly consider making themselves an appropriate target for impact investing. 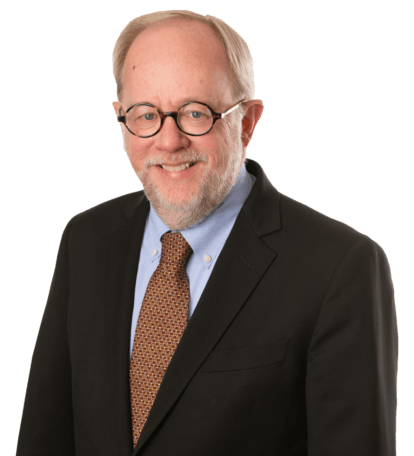