William J. Palatucci, one of New Jersey’s most prominent and widely respected attorneys, is joining McCarter & English LLP as a partner in the firm’s Business Litigation Practice, effective August 31, where he will also be supporting the firm’s rapidly expanding Government Affairs Practice. Since working for Gov. Tom Kean in 1985 and later as a law partner with Gov. Chris Christie, Palatucci has developed a well-earned reputation for his strategic advice and pragmatic approaches to complex legal, public policy and governmental initiatives.

McCarter’s Managing Partner Joe Boccassini said, “We are honored to welcome Bill to our team. His extensive experience with legal and public policy issues that affect both private and public sector clients is unparalleled. Our national base of clients will greatly benefit from his knowledge of how major public policy decisions may impact their businesses.”

Palatucci serves as the Republican National Committeeman for New Jersey, a position he has held since 2010. In addition to his work for Governor Kean, for the past nearly 40 years, he has been closely involved in many significant federal and state elections, with leadership roles in the campaigns of Presidents Ronald Reagan, George H.W. Bush, George W. Bush, and Donald Trump, and served as Chairman of Governor Chris Christie’s re-election campaign in 2013.

Palatucci added, “I have long admired the work and people at McCarter and now look forward to expanding my practice there with distinguished lawyers like Judge Jose Linares, who I have known for many years. I am truly excited to concentrate on federal and state legislative issues throughout McCarter’s footprint, from Washington to Trenton to Boston.”

In addition to his legal and political experience, Palatucci currently serves as a member of the Seton Hall University School of Law Board of Visitors, the National Advisory Board for the Heldrich Center for Workforce Development at Rutgers University, and is Chair of the University of Phoenix Board of Trustees for its Jersey City, NJ, campus. Palatucci is on the Board of Trustees of Turning Point, Inc., a nonprofit drug and alcohol addiction treatment center that assists more than 3,500 New Jersey residents each year.

Palatucci has been recognized by NJBIZ on its “Law Power 50” and “100 Most Powerful People in New Jersey Business” lists as well as by ROI-NJ on its “Influencers Power List.”  Palatucci earned his B.A. from Rutgers University-New Brunswick and his J.D. from Seton Hall University School of Law.

In 2014, Palatucci was presented with the Seton Hall University School of Law’s Distinguished Graduate Award. In 2014, he and Senator Cory Booker were honored with the annual “Good Guy Award” from the Women’s Political Caucus of New Jersey.

McCarter & English is a firm of more than 375 lawyers who deliver solid results and innovative solutions to clients nationwide. In 2019, the firm was recognized by Law360 as a New Jersey Regional Powerhouse and received the prestigious ABA Pro Bono Publico award. More than 40 percent of Fortune 100 companies, as well as mid-market and emerging growth companies, rely on McCarter for cutting-edge transactional work and complex litigation matters. Clients benefit from McCarter’s relationship-driven approach, a deep understanding of their businesses and legal needs, a lean and efficient service model, and a determination to help them move their businesses forward. For more information, visit www.mccarter.com. 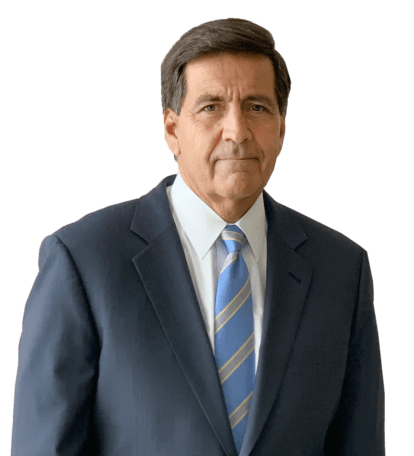