Corporate directors routinely make decisions regarding their own compensation. If challenged by stockholders, such decisions are generally reviewed by Delaware courts under the onerous “entire fairness” standard, which requires the directors themselves to convince the reviewing judge(s) that their decision resulted from fair dealing and fair price, as opposed to much more generous standards of review, such as the business judgment rule, which presumes that directors have acted on an informed basis, in good faith, believing that they were serving the best interests of the company. A recent opinion issued in Calma v. Templeton, C.A. No. 9579-CB by the Delaware Court of Chancery, however, discusses how even interested directors might insulate their compensation decisions from entire fairness review.

Background
Calma involved awards of restricted stock units (“RSUs”) granted to nonemployee directors of Citrix Systems, Inc. (“Citrix” or the “Company”) by the Compensation Committee of Citrix’s board of directors pursuant to an equity incentive plan (the “Plan”). While no director could receive RSUs exceeding $1 million annually, the manner in which RSUs were awarded was otherwise left to the discretion of the Compensation Committee. The stockholder plaintiff alleged, among other things, that the directors had breached their fiduciary duty of loyalty by approving the RSU awards. Because the Compensation Committee consisted entirely of interested directors, i.e., nonemployee directors who received RSU awards, the business judgment rule was rebutted, and the burden shifted to the directors to establish entire fairness. The directors, however, asserted the affirmative defense of common law stockholder ratification and argued that entire fairness did not apply because the Plan (and its amendments) had been approved by the Company’s stockholders. According to the directors, the RSU awards should be reviewed under a waste standard, which is functionally equivalent to the business judgment rule.

The Court of Chancery distilled 60 years of case law regarding stockholder ratification down to two principles: (1) “valid stockholder ratification leads to waste being the doctrinal standard of review for a breach of fiduciary duty claim”; and (2) “the affirmative defense of ratification is available only where a majority of informed, uncoerced, and disinterested stockholders vote in favor of a specific decision of the board of directors.” While the Citrix Plan had been approved by a majority of the Company’s stockholders, it did not specify “the amount and form of compensation” that nonemployee directors would receive. As the Court noted, “specifying the precise amount and form of director compensation in an equity compensation plan when it is submitted for stockholder approval ‘ensure[s] integrity.’” Because the stockholders were only asked to approve the Plan itself “in very broad terms” and were not asked to approve anything specific to director compensation, the Court held that entire fairness was the applicable standard of review.

Takeaways
The key takeaway from Calma is that ratification cannot be established in the context of nonemployee director compensation unless the Company asks for and receives stockholder approval for specific decisions. One of the ways to satisfy this requirement would be to ensure that the amount and form of compensation is set forth in compensation plans that stockholders are asked to approve. In Calma, the Court also indicated that ratification could be established retroactively if stockholders are asked at annual meetings to approve specific awards granted during the previous year.

Obtaining stockholder approval of director compensation on an annual or regular basis facilitates the disclosure of inherently conflicted decisions and empowers stockholders with a meaningful role in the compensation of their fiduciaries.

It is important to remember that simply disclosing the specific awards is not enough. Rather, in the words of Calma, the proxy statement must seek “stockholder approval of the specific compensation that had been (or that would be) awarded . . .” If the guidance provided by Calma is followed, entire fairness review could be avoided even if the challenged compensation was granted by interested directors.From a practical standpoint, compensation committees should consider retaining a compensation consultant to review the awards granted to directors under the company’s equity plan and advise whether the awards will pass the market test for reasonableness. However, when in doubt, directors should be as specific as possible when obtaining stockholder approval for equity grants. 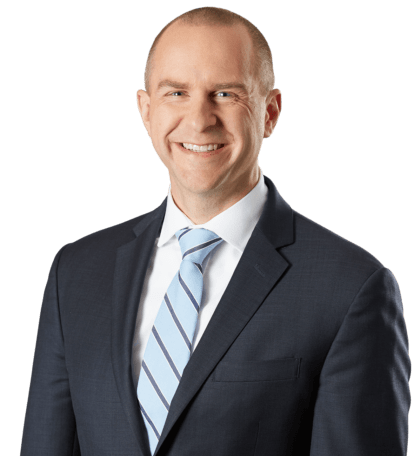