On April 27, 2022, the Delaware Court of Chancery declined to dismiss claims for breach of fiduciary duty arising from the acceptance of allegedly underpriced equity grants. The grants at issue were made to directors and officers of Universal Health Services, Inc. (“UHS” or the “Company”) during the period of market volatility at the beginning of the COVID-19 pandemic, prompting allegations that they were unfairly timed to take advantage of dips in the company’s stock price.

The grants were determined—and the strike price set—on March 18, 2020, during a meeting of the company’s Compensation Committee. The company’s Compensation Committee historically had conducted compensation meetings in March or April each year, and the March 2020 meeting had been scheduled at least six months prior to that date. It just so happened that UHS’s stock reached its lowest point since 2013 that very same day, closing at $67.69 per share. However, the company’s stock price rebounded shortly thereafter to a closing price of $100.13 per share by March 30, 2020, after an announcement of federal COVID-19 relief legislation.

The plaintiff asserted that each of the named defendants, including the members of the Compensation Committee, violated the fiduciary duty of loyalty “by accepting the March 2020 Awards despite knowing that the March 2020 Awards were issued at strike prices that did not reflect the real value of the Company.”  The plaintiff alleged a separate breach of fiduciary duty claim against the committee members for granting the awards and also pled claims for unjust enrichment against the option recipients and corporate waste against the committee members. The defendants moved to dismiss all of the claims for failure to state a claim.

Addressing the corporate waste claim first, the Court dismissed the count based on its determination that the grants served a legitimate business purpose—namely, retention of employees—and therefore could not constitute waste.

Turning next to the fiduciary duty claim against the committee members for approval of the awards, the Court dismissed the claim as to grants made to non-committee directors and officers based on application of the business judgment rule. However, for grants to committee members in which committee members were on “both sides” of the transaction, the Court was compelled to analyze the grants through the lens of “entire fairness.”  Accordingly, the Court found that the plaintiff’s allegations against the committee members for grants made to themselves and to the Company’s controlling stockholders supported a reasonably conceivable inference of unfairness at the pleadings stage to preclude dismissal. The plaintiff had also asserted an alternate theory of liability predicated on the committee’s alleged bad faith, but the Court found that the plaintiff had failed to plead facts supporting an inference of knowing bad faith conduct.

The Court next addressed the fiduciary duty claim against all defendants based on the acceptance of the awards. The plaintiff alleged generally that the defendants “knew or should have known that the stock price of UHS on March 18, 2020, was not reflective of the actual value of the Company,” and she cited two cases for the proposition that a director or officer “can breach fiduciary duties . . . by accepting compensation that is clearly improper.”

While the Court noted a relative lack of case law establishing types of compensation that would be “clearly improper,” it acknowledged opinions finding that claims for breach of fiduciary duty relating to compensation awards can survive a motion to dismiss where:

In either case, the Court determined that a plaintiff must make a sufficient pleading of scienter to support a determination of bad faith.

Recalling that the plaintiff had failed to make such a showing even as to the committee members, the Court declined to advance the claim for breach of fiduciary duty against the defendants for acceptance of the awards. The Court reasoned that the allegations of the complaint supported merely an inference that the defendants had accepted awards that just so happened to have been issued at the bottom of the market.

Finally, the Court was unwilling to dismiss the claims for unjust enrichment against the non-committee member defendants arising out of the same awards, finding that the plaintiff had satisfied the law pleading threshold to state a claim.

While this ruling from the Court of Chancery is an important reminder of the considerations and care that should be afforded to compensation determinations, the decision also serves as a particularly helpful reminder of the various standards of judicial review that the Court will apply in analyzing both interested and independent transactions. Perhaps most notably, it further clarifies standards to be applied to claims based solely on acceptance of allegedly unfair compensation. The Court’s ruling makes it clear that claims unsupported by allegations of scienter will be subject to dismissal. 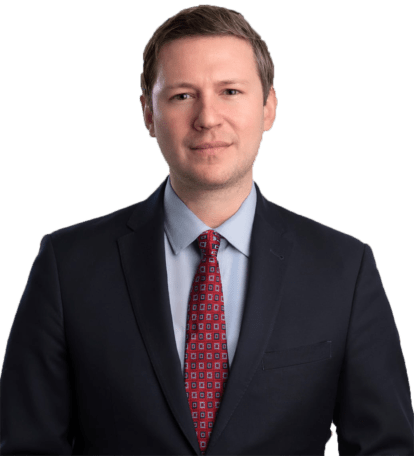