Section 21(d)(5) of the Securities and Exchange Act of 1934, 15 U.S.C. § 78u, provides that in an action brought by the SEC under the securities laws, “the [SEC] may seek, and any Federal court may grant, any equitable relief that may be appropriate or necessary for the benefit of investors.” While the statutory provision does not explicitly authorize disgorgement, the SEC has relied heavily on this provision to seek disgorgement as a remedy in both its settled and litigated cases.

The question of whether it is permissible for the SEC in a civil enforcement action to seek disgorgement pursuant to Section 78u(d)(5), and to what extent, was broached in a recent United States Supreme Court decision in Kokesh v. SEC. In Kokesh, the Court determined that a disgorgement order in an SEC enforcement action constitutes a penalty, and is therefore subject to the federal five-year statute of limitations under 28 U.S.C. § 2462. Moreover, the Court, in a footnote, provided that:

Nothing in this opinion should be interpreted as an opinion as to whether the courts possess authority to order disgorgement in SEC enforcement proceedings or on whether courts have properly applied disgorgement principles in this context.

While the decision did not curtail the SEC’s authority to seek disgorgement beyond the imposition of a temporal limit, the Supreme Court’s disclaimer in the footnote seemed to signal skepticism of the SEC’s very ability to obtain disgorgement in federal court.

In Liu, the SEC brought a civil action against Charles Liu and his wife, Xin Wang, for defrauding approximately fifty investors through the EB-5 immigrant investor program by claiming that the funds would be used to build a proton therapy cancer treatment center, while a significant portion of the money was not in fact used for this purpose. In addition to an injunction and fine, the United States District Court for the Central District of California ordered disgorgement equal to the full amount Liu and Wang had raised ($27 million), inclusive of funds utilized for business expenses. On appeal, the petitioners challenged the District Court’s disgorgement award, arguing that it failed to account for legitimate business expenses. Ultimately, the United States Court of Appeals for the Ninth Circuit affirmed the decision, holding that the appropriate disgorgement amount was “the entire amount raised less the money paid back to investors.” The Supreme Court granted certiorari to determine the extent of the SEC’s disgorgement powers and whether such calculations should be based on a net or gross scale.

In an 8-1 decision, the Court ruled that disgorgement is not a penalty for purposes of 15 U.S.C. § 78u(d)(5) if the award is restricted to an individual wrongdoer’s net profits and awarded to the victims. However, the Court went on to state that disgorgement could, in certain respects, be in “considerable tension with equity practices” by “fail[ing] to return funds to victims, impos[ing] joint-and several liability, and declin[ing] to deduct [legitimate] business expenses from the award.” That said, the Court held that disgorgement orders must take into account any legitimate business expenses, and that lower courts must ascertain whether claimed expenses are in fact legitimate or if they are simply additional wrongful gains. The Court further noted that the SEC’s practice of depositing disgorgement funds with the United States Treasury may be inconsistent with equitable principles, and may be justified only where “it is infeasible to distribute the collected funds to investors.” Ultimately, the Court declined to rule that such practices rendered disgorgement unlawful, but instead declared that should lower courts issue disgorgement orders inconsistent with its opinion, the award may “transform” into an impermissible penalty.

While the Court confirmed the SEC’s ability to obtain disgorgement in federal court cases, the Court limited the disgorgement remedy consistent with the principles outlined in its decision. In doing so, the Court left open important questions that will most certainly be the subject of future debate in settlement negotiations and litigated cases, such as (i) whether, and under what circumstances, the SEC may deposit disgorged funds into the Treasury instead of distributing collected funds to investors; (ii) assessing the legitimacy of business expenses that have value independent of fueling the fraudulent scheme; (iii) whether, and under what circumstances, imposing joint and several liability among multiple defendants may be appropriate; and (iv) whether the principles outlined in Liu apply to the SEC’s statutory disgorgement authority in administrative proceedings.

*Kedar Venkataramani, a summer associate at McCarter & English not yet admitted to the bar, contributed to this alert. 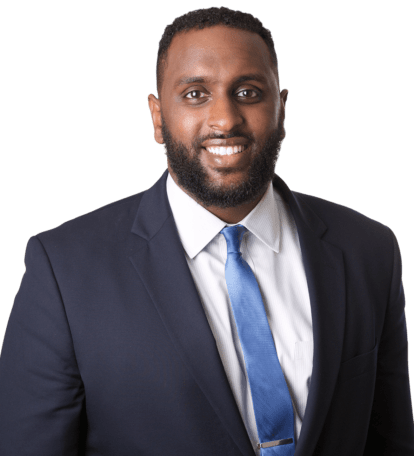